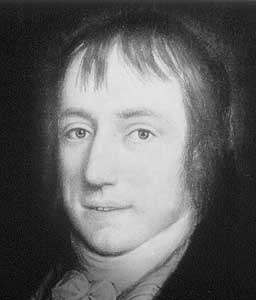 William Wordsworth’s life and work can best be appreciated by a visit to Dove Cottage Museum in Grasmere, where a large study centre for the English Romantic Movement in poetry has been established in his name, based around the cottage which was his home from 1799 till 1813.

William was born in Cockermouth, Cumbria in 1770. He travelled to Europe and as a young man was influenced by the ideals of the French Revolution, an idealism later to dimiminish into the more orthodox conservatism of the time. After some years in the south of England he returned to Cumbria and married Mary Hutchinson, a childhood friend. They set up home at Grasmere, close to the homes of Robert Southey and Samuel Taylor Coleridge. The three subsequently became known as the Lake Poets.

He developed a style that rejected the rigid conventions of poetry at the time and suffered fierce criticism. He believed that poetic truth is the direct experience of the senses rather than the intellect, drawing on his observation of everyday life, work and ordinary people for inspiration.

In 1813 Wordsworth became postmaster and distributor of stamps for Westmorland at a salary of £400 a year, based in the premises at the top of Church Street in Ambleside, currently known as the Old Stamp House. He moved to Rydal Mount in the same year with his family and sister where he remained until his death in 1850. 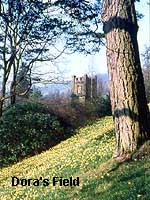 The loss of his daughter Dora affected him deeply and in her memory he planted thousands of daffodils in the woodland adjacent to Rydal Church, still a joy to visitors today.